Self harm and depression in children and teenagers

Reported self-harm and depression is on the rise in teenagers and even children. Self-harm can include cutting, burning, hitting or poisoning, and teenagers will often conceal their injuries. There are a number of places you can go for specialist support if you are concerned about a teenager or child.
 Video
 Article
 Forum 23
 Experts
 Products 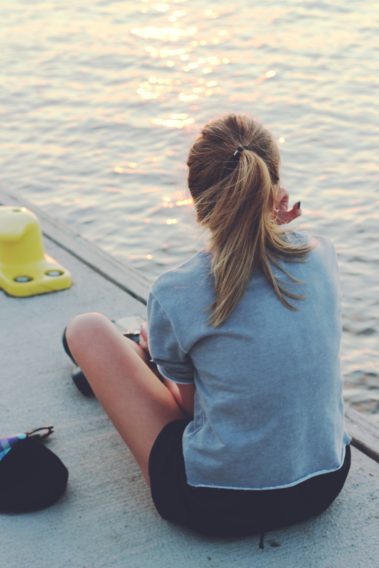 In Short
 Self-harm is usually triggered by a family or personal crisis and children who self-harm are at a hundred times greater risk of suicide.

 If you are concerned for yourself or your child and need help and support, in the UK contact:

 Depression and self-harm amongst teenagers and children

The number of children suffering from depression is on the rise around the globe and more needs to be done to care for them. New NHS guidelines in the UK said that children as young as five are showing signs of depression and nearly 80,000 children in the UK are living with the mental illness.

The UK has the highest rate of self-harming in Europe – as many as 1 in 10 children self-harm. This is an alarmingly high rate.

According to mental health experts, there are many reasons contributing to the increasing rates of mental health issues with children, including cyber bullying, pressure from social media websites and the breakdown of the family unit.

Figures in the UK suggest that more than 8,000 children under the age of ten suffer from depression. Dr Trainor says the increase in school-age children presenting with depression is a particularly worrying phenomenon.

Self-harm is when someone hurts themselves as a way of dealing with very difficult feelings or situations – things that might feel overwhelming for them.

It’s not usually a sign of suicidal feelings or even a cry for help – it’s a way to release overwhelming emotion and, perhaps, regain some control. Whatever the reason, it needs to be taken seriously because self-harming teenagers are feeling unhappy and can be at increased risk of mental health problems and suicidal feelings.

The ways teenagers hurt themselves can be physical, such as cutting, burning, hitting and even poisoning. However, self-harm can also be less obvious, such as putting not looking after themselves or behaving in risky ways. Once the practice has started, it might become compulsive.

Ways of self-harming can include:

After self-harming, teenagers and children sometimes feel a release and feel better temporarily and more able to cope for a while. However, self-harm in the longer term is very harmful mentally and physically. Sadly, children who self-harm might feel embarrassed or ashamed about it. It’s very common for them to keep it a secret.

 What sorts of things can trigger self-harm in teenagers and children?

Common triggers for self-harming behaviour in children and teenagers include:

Sometimes people – even health professionals – talk about self-harm as attention-seeking. This is a misguided judgement – and there have even been instances of treatment of self-harm in A&E or the ER being delayed because they think the injury was “done on purpose.” This sort of comment or judgement can leave someone who has self-harmed feeling judged and alienated. They will be far more likely to keep it a secret from then on if they receive comments like this.

It can be hard to spot signs of self-harm so don’t criticise yourself if you have missed things. Look out for:

 What can you do as a parent?

There are several do’s and don’ts as a parent of a self-harming teenager or child;

For further information on support you can receive from NHS Safeguarding:

NHS England is dedicated in ensuring that the principles and duties of safeguarding adults and children are holistically, consistently and conscientiously applied with the wellbeing of all, at the heart of what they do.