Should I give my toddler the MMR vaccine?

There have been several large studies around the world looking at the safety of the MMR vaccine and in particular looking to see if vaccinated children are more likely to develop autism. Big metastudies (studies looking at many studies around the world) have been published and no link has been found between the MMR and autism, even in children who have a sibling with autism (which suggests a higher risk group).
 Video
 Article
 Forum 23
 Experts
 Products 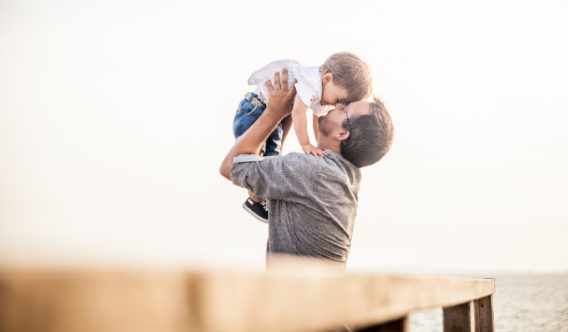 In Short
 Measles is a horrible infectious disease that can lead to complications and is occasionally fatal to children.

 No link has been found between children receiving the MMR vaccine having a higher incidence of autism.

 No link has been found in ‘high risk’ children (i.e., the siblings of children with autism) having a higher incidence of autism after receiving the MMR vaccine.

 Symptoms of autism occur at the same age that children are receiving the vaccine and parents link the two facts i.e., my child just had the vaccine, my child has started to display e.g., regression in language and other early signs of autism.

 The scare about autism has led to lower vaccination rates around the world and outbreaks of measles have followed in areas where the vaccination rate has dipped below 80% of children.

Before the MMR vaccine was introduced in 1988, outbreaks of these three highly contagious viral diseases – Measles, Mumps and Rubella – were common. Some children would become seriously ill, some left with life-long problems such as deafness and blindness, and a small number each year dying.

The MMR vaccine – which is offered as a single shot around the age of one and a booster before starting school – has reduced these diseases drastically all around the world.

 Is there a link to between the MMR vaccine and autism?

Shortly after the vaccine was introduced, a Doctor in the UK, Andrew Wakefield, published a paper which linked the vaccine to autism. Parents, understandably, became very concerned – and many went so far as refusing to have their child immunised – believing they would prefer the risk of Measles, Mumps or Rubella, to the chance of their child “contracting” autism. Predictably, cases of these three horrible diseases rocketed. Scientists reviewed the work of Dr Wakefield and found there was no link between autism, and the paper was criticised on both ethical and scientific grounds. Andrew Wakefield has been struck off as a Doctor in the UK which means he can no longer practice medicine there.

 Should the vaccine be given all in one go, or separately?

Some people believe that giving the three immunisations at one time is too much for such a young child’s body to take on at once. So a fashion developed for separating the immunisations, and this can be done if you pay to do so privately.

However, having the immunisations separately is not recommended, since then your toddler will have a longer period of being exposed to these serious illnesses.

There is no country in the world that recommends the single dose immunisations – neither does the World Health Organisation.

No – the MMR immunisation has never contained thiomersal – a preservative containing mercury.

 Should I delay giving my premature baby the MMR?

Your toddler should still have his first immunisation around his first birthday, to make sure he doesn’t contract these infectious diseases but have a discussion with your doctor about this for premature babies.

 Should I postpone getting my toddler vaccinated if he’s sick?

 Will my toddler have a reaction to the MMR immunisation?

Reactions to the MMR are usually mild – and they generally occur a week or two after the vaccine. About 1 in 5 children will get a rash or slight fever lasting a few days. This is usually a reaction to the measles part of the vaccine.

About 1 in 7 children will get a rash or a little swelling of the neck glands. Around 1 in 20 might get aching or swelling of the joints. These reactions are from the rubella part of the vaccine.

Occasionally there might be some swelling of the salivary glands from the mumps component.

 What are the risks of measles, mumps, and rubella?

Measles is a serious and highly contagious viral infection. Early symptoms include:

There is no treatment for measles. Prevention is via the MMR vaccine. Children suffering from measles will need to be given pain relief, a lot of water and they may prefer a darkened room. They may be hospitalised on occasion.

Measles can sometimes be fatal or lead to serious complications including meningitis, deafness, and swelling of the brain.

Pregnant women need to be protected from exposure to anyone with measles or anyone who has been in contact with someone with measles. The risks include stillbirths or premature babies.

Mumps is a contagious viral infection. The main symptom is huge swollen glands in the neck. It is not usually serious in childhood but can present serious problems such as sterility and deafness in adults. Prevention is by administering the MMR vaccine.

Early symptoms include fever, headache, and joint pain before the swelling begins in the child’s neck.

Rubella, also known as German Measles, is general mild in itself, but it can cause birth defects in the baby of an infected pregnant woman. Prevention is via the MMR vaccine. Symptoms include: