It can be very frustrating and embarrassing when your child refuses to share. Younger children can learn to delay gratification and follow simple fair rules about sharing and taking turns. However, the ability to fully empathise and put them self into another person's shoes and see another person's point of view doesn't begin to develop until 3-5 years.
 Video
 Article
 Forum 23
 Experts
 Products 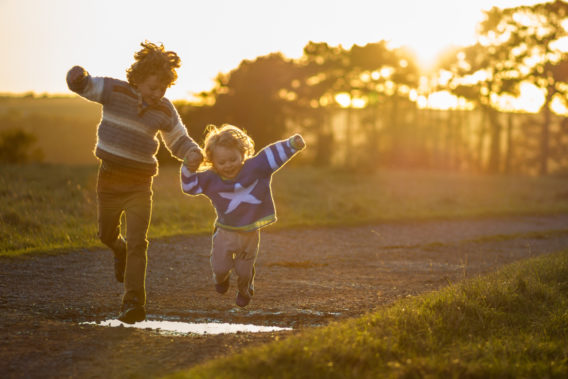 In Short
 Experiments called "false belief experiments" have shown that children develop Theory of Mind between 3-5 years - when they become able to see another person’s point of view.

 Recent experiments have shown that toddlers can read facial expressions and so begin to develop empathy.

Psychologists use a fancy phrase, ‘Theory of Mind’, to describe the (potentially) unique ability of human beings to put themselves in the shoes of another person. Not only does this allow us to empathise and care for people, but it also allows us to read people and social situations.

This mind reading ability can sometimes be lacking or limited in otherwise ‘clever’ adults with Autism Spectrum Disorders such as Asperger’s Syndrome, which is sometimes known as social blindness. Younger children do not have Theory of Mind and it does not develop until 3 to 5 years of age. Their under-developed brains literally make toddlers single-minded, egocentric and, for want of a better word, selfish.

 False-belief tasks to test for Theory of Mind in children

The most well used false-belief task in psychology is the ‘Sally-Anne’ test.

In the Sally Anne Test children are told a story (often with puppets and props) about Sally and Anne. Sally has a basket that she puts her marble in and Anne has a box.

When Sally leaves the room, Anne removes the marble from Sally’s basket and puts it in her box. Sally returns.

The child is then asked where Sally will look for her marble.

A child ‘passes’ the test if she realises that Sally will look in her basket (even though she has a false belief that it is still there and doesn’t realise that it has been moved to the box).

A child ‘fails’ the task if she states that Sally will look in the box (where the child knows the marble is now).

This means to pass the Sally-Anne test a child must be able to understand that another person’s mental representation of the situation is different from their own (even though it’s wrong), from this understanding she must be able to predict how a person with a false belief will therefore behave.

 Test for your child – Try a false belief task

Take a bar of chocolate and put it on a shelf. Let your toddler’s teddy bear see the chocolate and then take the teddy out of the room.

Once the teddy is out of the room take the chocolate bar to the fridge with your toddler and put it into the fridge.

Then bring teddy back into the room and ask your toddler where teddy will look for the chocolate bar.

To pass the task, your toddler would need to understand that the teddy bear holds ‘false belief’ that the chocolate bar is still on the shelf.

I would expect that your toddler will not pass this test because she is too young and this is entirely normal. I hope that by carrying out this false belief test on your toddler it will allow you to empathise and realise the thinking power that she is currently equipped with. Much of her apparent selfishness comes out of this inability to put herself in another’s shoes.

Experiments by Professor Alison Gopnik at Berkley University in California has shown that development of Theory of Mind is not like a light switching on. A toddler will begin to appreciate other people’s preferences from around 18 months.

Gopnik set up an experiment where toddlers were asked for food by an experimenter. The toddlers first saw this person express disgust when she ate one food (either crackers that the toddler’s tended to like, or raw broccoli). Then the experimenter ate the other choice of food and said ‘yum yum’ and smiled.

The experimenter then asked them for something to eat (from the choice of crackers or broccoli). The experiment was designed to see if toddlers could predict which food the experimenter would prefer and give it to them.

Gopnik termed this first ability to understand another person might have a different preference as ‘desire reasoning.’ The 18-month-old toddlers could mentally hold in their head that another person had a different desire to them and that it was communicated by facial expressions and sounds (of enjoyment or disgust in this case). These were subjective preferences.

So we know that your toddler will not pass a false belief task until around her fourth birthday. This natural ego-centrism is one of the most defining characteristics of a toddler. The theme of your toddler’s ego-centric brain is completely central to understanding your toddler’s limited view of the world and the people in it. This helps us to understand why toddlers have such problems sharing – they just don’t realise that everyone else shares their strong preference to have things their own way.

However, Gopnik’s research shows that your toddler is already empathic at only 18 months of age and is using facial expressions and verbal communication (or delight or disgust) to understand another person’s preferences.

This is something that you can help to develop and promote in your toddler so that their emotional development for empathy can help lead their cognitive development of Theory of Mind.

 How to Promote Sharing and Turn Taking

Taking turns and sharing is not something that comes naturally to toddlers. As babies they will not respond if a toy is taken away from them, but as they develop a stronger sense of will and what they want they will be outraged if a toy is taken away from them and will immediately take it back. If you are lucky that will be the end of it and their reaction is fair enough. However, if the toy was taken by another toddler things can quickly escalate.

Make sure there are plenty of toys to share and in a gentle way you may need to police the sharing of toys. At least then the anger will be shown towards you and you can absorb the aggression and repeat the mantra that everyone wants a go of the toy so we need to take turns.

 My two were totally different. Marley’s favourite word was ‘mine’ and going to the park was a bit stressy as he wanted to hog the swing or the mini roundabout. I would let him have a go and then count him down from 10 to 1 then say “Blast off! Now it’s the little girl’s turn.” He had lots of meltdowns but I persevered. Noah has the other problem in that if a child comes towards him he gives them the toy straight away, not sure if it’s because he has a big brother who doesn’t share well. I try and do the same thing, say it’s his turn to play with it and then count down and say now you can see if the girl wants a go. Talk about chalk and cheese.
 Real mum story. George, mum to Marley 4 and Noah 30 months.
 Note
Top Tip: At the swings (and in public places in general where several young children and toddlers may all want the same ‘resource’) it can help to instil a rule that each child gets so many goes. I would always explain that each child would get 30 swings on the swing and then we’d swap. My children and their friends were much more accepting of turn taking if the turns were quick and being monitored in a way they could begin to understand.
 References and extra reading