Thank you!
Page was successfully shared! 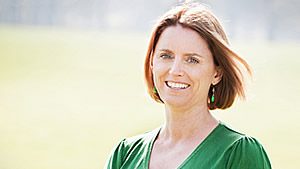 Rebecca has a Cambridge PhD in Child Development and Parenting. She is a member of the Association of Infant Mental Health and is passionate about supporting parents in their journey to bond and look after their children.

After completing her doctorate Rebecca worked as a specialist researcher and science scriptwriter on many documentary series about human behaviour including ‘Teen Species’ and the Emmy-nominated ‘Human Instinct’ presented by Professor Robert Winston. The psychology experiments that she developed during her PhD at Cambridge University were used in much-beloved series ‘Child of Our Time’, which followed over 20 babies born at the millennium as they developed and grew.

Rebecca often contributes to articles in national newspapers and magazines on parenting issues and takes part in interviews on national radio and television. She is the author of ‘The Calm and Happy Toddler’ Ebury Press 2016. 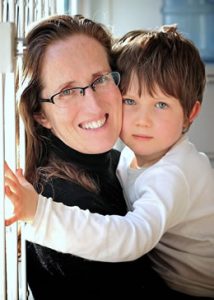 Diana is a science graduate with degrees from Monash University in Australia and Oxford University in the UK, to which she won a scholarship. Diana has a passion for communicating science and medicine to the public and spent over 15 years at the BBC Science Department making medical and science documentaries including series such as ‘Horizon’. An award winning director, her films have been shortlisted for a Grierson Award and have won a Monte Carlo Film Award. Whilst at the BBC she made several films with our patron Professor Robert Winston, including ‘The Human Mind’ and ‘Super Doctors’. 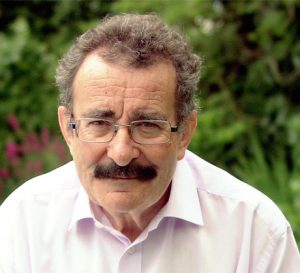 A well known and much loved BBC Science television presenter – ‘The Human Body’, ‘The Human Mind’, ‘Child of our Times’ and many more.
In the 1970s he developed gynaecological surgical techniques that improved fertility treatments. He later pioneered new treatments to improve in vitro fertilisation (IVF) and developed pre-implantation diagnosis. This allowed embryos to be screened for genetic diseases and has allowed parents carrying faulty genes to have children free of illnesses such as cystic fibrosis.

He now runs a research programme at the Institute of Reproductive and Developmental Biology at Imperial College that aims to improve human transplantation. He has over 300 scientific publications about human reproduction and the early stages of pregnancy.

Robert Winston is also Chairman of the Genesis Research Trust – a charity which raised over £13 million to establish the Institute of Reproductive and Developmental Biology and which now funds high quality research into baby and women’s health.





DISCLAIMER
This article is for information only and should not be used for the diagnosis or treatment of medical conditions. Essential Parent has used all reasonable care in compiling the information from leading experts and institutions but makes no warranty as to its accuracy. Consult a doctor or other health care professional for diagnosis and treatment of medical conditions. For details click here.
Following expert guidance from:

"Be the best parent you can be"
Essential Parent is one of the world's leading resources for expert led parenting advice. Our mission is to make sure that every parent has free access to the best information available. Our topics are put together by leading experts following the advice of medical institutions such as the RCPCH, the NCT, UNICEF UK Baby Friendly Initiative, The St John Ambulance, The Child Accident Prevention Trust, The Meningitis Research Foundation, The National Literacy Trust and many more.
We are proudly supporting: